Our backbone network runs at 100Gbps and has 23 PoPs. Take a look at the REANNZ network map. 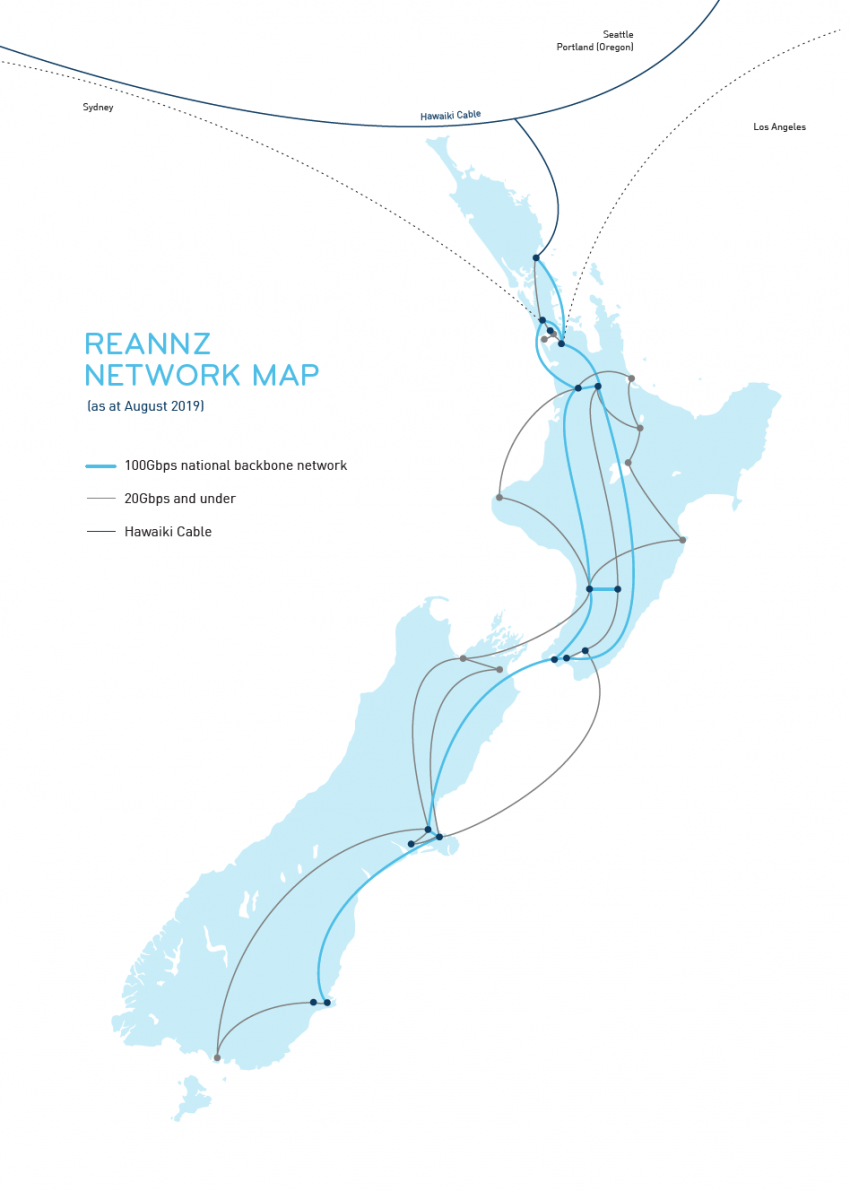 REANNZ operates a backbone network which extends the length of the country - from Invercargill in the south, through major centres to Auckland, then to Mangawhai Heads in Northland where it connects to the Hawaiki Cable.

REANNZ has 23 points of presence (PoPs) that also act as core network switching points. Traffic can enter or leave the network only through a PoP. Their placement and specification is therefore important to overall network performance.

Most member sites are connected by at least one dedicated fibre running from its site to a REANNZ PoP. Important sites typically have two separate fibre connections that are run in different cables in different underground trenches to two different PoP locations because cables can break.

A typical round-trip time between Auckland and Dunedin is 23 milliseconds.

Domestic network availability is greater than 99.99% per quarter.

Packet loss across the network is typically measured at 0.0000001%.